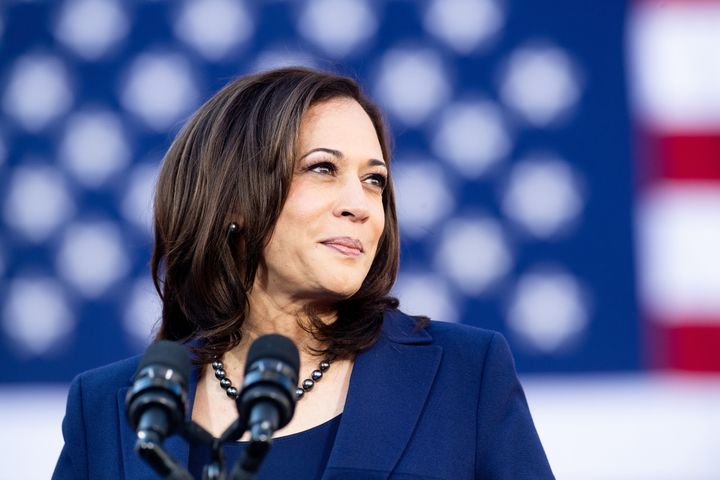 On the evenings of June 26th and 27th, millions of Americans tuned in to NBC News for the first 2020 Democratic presidential debates. By the end of night two, the fierce clash between Joe Biden and Kamala Harris had made headline news. Although many now know of Harris, the California senator has distinguished herself for her left-leaning ideas. One such proposal, the LIFT Act, attempts to address the rising cost of living for the middle class.

Born and raised in California, Harris attended Howard University and the University of California, Hastings College of the Law. She served as District Attorney of San Francisco from 2004 to 2011 and Attorney General of California from 2011-2017. On January 21st, 2019, she launched her bid for the 2020 Democratic nomination. Senator Harris has supported conventional Democratic policies, like single-payer healthcare, medicinal use of cannabis, and protection for undocumented immigrants. In October 2018, Harris announced the LIFT (Livable Incomes for Families Today) the Middle Class Act. LIFT addresses the rising cost of living by providing members of the middle class with a tax credit. Tax credit alleviates a certain amount of money from what taxpayers owe their government.

LIFT operates on an income-based system, meaning that the more you make, the more benefits you receive. To explain the details, we’ll use the terms phase in and phase out. A phase in refers to the gradual introduction of tax credits a taxpayer is eligible for, while a phase out is the reduction of tax credits that accompanies larger incomes. Harris’s proposal matches your income dollar for dollar, so an individual who makes $1,000 a year gets an additional $1,000 from LIFT.

Naturally, there are different benefits for different circumstances, and each one maxes out at a different point. A single person could only receive up to $3,000, while a married person could collect up to $6,000. In any case, once an individual’s income passes a certain threshold, their tax credit decreases. For families, this “phase out” is considerably slower, losing only 15 cents for every $1 their income grows. Phase out starts at $30,000 for those without children, $60,000 for married couples, and $80,000 for single adults with children).

In the past, the United States has spent less on social programs than most other developed countries have. Several studies have drawn a correlation between social welfare programs and decreased child poverty rates. For example, the Center on Budget and Policy Priorities estimates that LIFT would bring 9 million people (including 3 million kids) out of poverty. Others could also benefit less significantly; Harris’s office claims LIFT would improve up to 80 million lives. Furthermore, if implemented, LIFT’s future could be promising since its intended beneficiaries—the middle class—could provide long-term support.

The United States currently has two tax credit programs for its citizens: earned income tax credit (EITC) and child tax credit (CTC). Similar to LIFT, individuals can qualify for coverage based on their income. Both programs are trapezoidal, so they phase in rapidly as families earn more money. Eventually, benefits cap out, then gradually phase out as their income rises. The EITC is available to all poor individuals, while the CTC is only open to those with dependent children. Harris proposes using LIFT to extend benefits for middle-class families. For one, it phases in faster and raises the income limit to include higher-income middle-class families. Another notable difference is that the current system’s benefits only come once a year during tax time, while LIFT arrives as a monthly check in the mail.

The Tax Foundation claims that LIFT would cost $200 billion in its first year of implementation, totaling $2.7 trillion after its tenth year. To raise the funds, Harris would reverse Trump’s 2017 tax cuts for corporations and the wealthy. This would return the corporate tax rate, which is the tax that is dependent on the income of the corporation, back to 35% and require corporations to pay US taxes on offshore profits.

One unique characteristic of LIFT is that it provides better coverage for childless adults. In 2018, the maximum EITC for single people is $519, and LIFT brings those same people up to $3000. Researchers in New York City found that increasing the EITC to $2,000 for single adults substantially reduced severe poverty. Increased benefits placed more money in the hands of the poor and increased the employment rate by encouraging people to work to become eligible for benefits. Employment rate refers to the ratio between the employed and the labor force, which refers to the able-bodied, willing workers. It is calculated by dividing the number of people employed in the workforce by the labor force.

Some are critical of LIFT’s competence as an anti-poverty measure. Skeptics claim it excludes critical groups who can’t work and rely on social security. Social security is an insurance program for the retired, disabled, and survivors of accidents. Since LIFT is an income-based welfare system, if you don’t have an income, you don’t receive any benefits. This translates to the neglect of 1/4 of all poverty-stricken Americans. So why doesn’t this act aid the unemployed? Traditionally, policies that reward unemployment have been hugely unpopular with the employed. In the 2016 presidential election, Hillary Clinton outlined a baby-bond plan that unconditionally gave every newborn $5,000. Immediately, her proposal was met with harsh criticism because it helped families who didn’t work, impelling her to withdraw it.

Opponents also point out that it drives the unemployment rate too low. By unemployment, we refer to the ratio between able-bodied, unemployed people and the total labor force. In other words, too many people are employed, so the supply of labor increases and competes with each other for a finite amount of jobs. This enables employers to depress wages with the increased leverage they have over their employees.

Analysts have compared LIFT to Andrew Yang’s universal basic income (UBI), another form of social welfare that guarantees a cash benefit. However, UBI is truly universal, for it covers all Americans, regardless of their income or living situation. Due to its larger scope, UBI has been projected to cost trillions per year. In contrast, LIFT would only cost hundreds of billions. Economists have also studied LIFT alongside child-benefit oriented programs, namely Sens. Michael Bennet and Sherrod Brown’s American Family Act. It gives $250 to $300 per month to each child living in America, with no family income requirement. Proponents say the act costs half as much as LIFT but matches its ability in combating poverty. Both would lift around 9-9.5 million people out of poverty, but the American Family Act would benefit more children.

Looking outside of America, Tony Blair and the Labour Party instituted a universal benefit in the UK. In a decade, they were able to cut the child poverty rate in half. How? One study from Northwestern observed 19% higher earnings for children whose poor families received a 3,000 annual income increase. Researchers contend that even several thousand dollars a year can greatly enrich one’s learning experience.

Many candidates support reversing Trump’s tax reforms, but few have offered a detailed spending plan. Notable candidates like Amy Klobuchar, Cory Booker, and Elizabeth Warren have all called for repealing President Trump’s 2017 tax cuts. However, they differ in the directions they have proposed diverting the funds. Klobuchar wants to rebuild America’s infrastructure, including waterways, energy efficiency retrofits, schools, airports, seaports, and mass transit. Booker plans to expand EITC to provide all newborns with a $1,000 savings account until they turn 18. Finally, Warren intends to fund student loan debt relief and universal childcare.