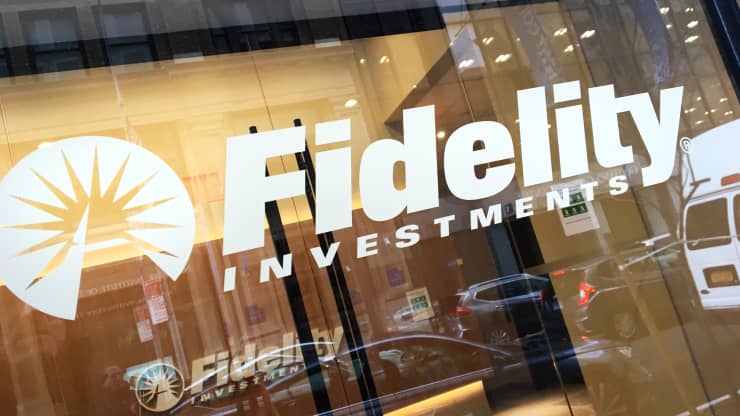 Popularly known as one of the world’s largest asset managers, with a total valuation of $4.9 trillion, Fidelity Investments has expanded their operations with Fidelity Youth Accounts. This new feature will allow teenagers to access and use money within their very own brokerage accounts under the supervision of their parents or guardians. The company announced this feature on May 18th.

An Overview of Fidelity Youth Accounts

These brokerage accounts will be available to kids between the ages of 13 and 17, who will be able to use these accounts to save, spend, and invest the funds they are given. There is constant parental/guardian supervision over these accounts, and Fidelity even provides materials to help teenagers develop beneficial financial habits. Most importantly, Fidelity has announced that there will be no subscription or account fees, no required balances, and no domestic ATM fees on these student accounts.

The most important part of this program is teaching teenagers how to properly invest, and Fidelity has provided a wide range of options for them to choose from. Teenagers will be able to buy a majority of available US stocks, along with ETFs, and Fidelity mutual funds. Fidelity even allows investments starting as low as $1. In terms of saving and spending, they are allowed to access their accounts through a variety of methods, including PayPal and Venmo. They will also be given a free debit card for their account. After the owner of the account turns 18 years old, their account will transition into a retail brokerage account for free, giving them full reign of their finances.

The main goal of these Youth Accounts is to build customer loyalty as early as possible, and retain those users throughout their entire lives.

There is one caveat to creating a Fidelity Youth Account: a parent/guardian must already have a Fidelity account. Although there are millions of people across the US that use Fidelity as a banking service, this requirement narrows its potential user base by a large margin. Doing so might be necessary, but it will greatly hurt their numbers, as other teen investment companies (more information below) are much more widely available.

Late to the Game

Although they provide a good service to children of existing users, Fidelity Youth Accounts are pursuing too little of a market much too late. They are widely outnumbered in the teenage banking field, and are focused more on customer loyalty and retention over an extended period of time.

Meanwhile, there has been a rapid emergence of new youth investment companies. There are a variety of neo-banking (digital banking) and trading companies that have been targeting a younger audience for a while, including Robinhood, Step, and Current. Fidelity launched their Youth Accounts in response to these companies, but will not be able to make up much ground, as these services have achieved levels of immense popularity among teenagers and young adults.

Robinhood is a popular no-commision trading service that allows users to purchase a wide variety of assets without any other payments. It is used popularly by young adults who do not have large funds for investing, and are looking for intense growth. Step is a company that has raised over $100 million Series C funds in an effort to improve teenage banking. Teenagers are not subjected to fees or interest rates on their Step accounts, and are able to accumulate a positive credit history earlier in life. Current is another rapidly growing competitor in the neo-banking field. With the idea that banking should be accessible to everyone, Current has created a family-centered banking system that is only available through their mobile app, making it popular amongst teenagers. The growth of companies in the teen investing field is unprecedented, and is only going to increase in the future.

One of the most important things to keep in mind when discussing teenage trading is the fact that they might not be ready for such responsibility, especially at the young age of 13. Although there are limitations put on teen accounts, there is the very real possibility that teenagers can frivolously and impulsively spend their parents/guardians money.

With the advent of social media and expanded news coverage comes false information and fake news, something that has heavily increased in popularity over the last decade. This will have an even heavier impact on teenagers, as they are known to most commonly utilize social media as their primary news source. This combined with the fact that teenagers today are more emotional and impulsive than ever before, leads to a deadly combination that could have significant negative effects on the next generation of investors.

Psychologically speaking, experiencing a significant loss of money in one’s developmental years can have a lasting impact, and has the possibility of discouraging future investments. One example of this is present among the population that grew up during, and right after, the Great Depression. That entire generation has been found to generally invest much less in the stock market than others, living in fear of significant losses. If teenagers, given this power during their formative years, were to experience tremendous losses, they may be scarred for the rest of their lives.

This could, however, also have the opposite impact. If a teenage investor was to have immediate success in trading, they might gain a false impression of the market, and become reckless with their money. Carelessness with their funds can lead to significant losses, along with a long-term misunderstanding of the true nature of investing.

While teaching kids proper investing and saving strategies at a young age is no doubt beneficial to their financial future, there are a variety of harmful consequences that need to be considered. Giving teenagers real money and throwing them into the fray can be rewarding, but may not be worth the risk for certain families and individuals. Along with their existing plans, Fidelity should look into teaching teenagers about proper trading techniques, helping them gain a strong theoretical knowledge of the subject. They can then use this knowledge in a practical setting, when they are much more prepared.