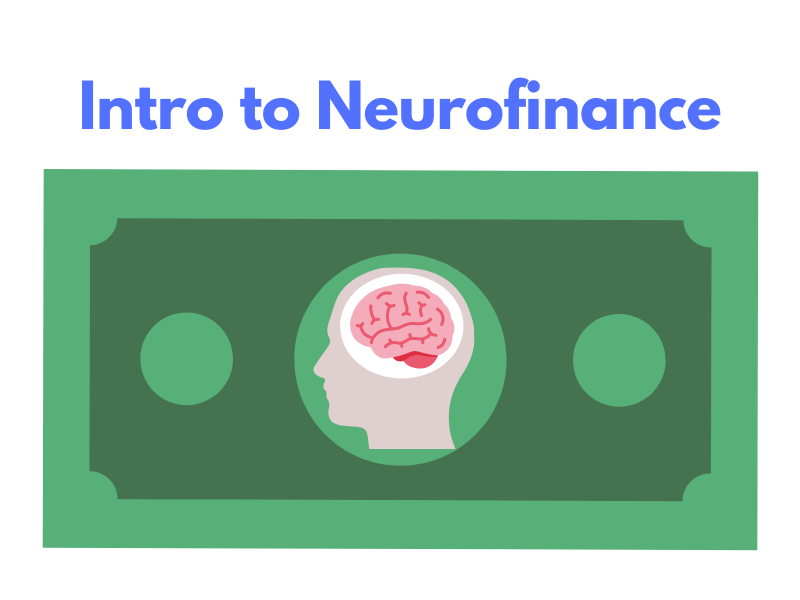 Investing isn’t about beating others at their game. It’s about controlling yourself at your own game.

If you follow the WSJ, you may have read pieces by Jason Zweig. Jason Zweig is a notable personal finance writer for Wall Street Journal. Zweig writes about the pitfalls of investors getting caught up in their own emotions in reaction to market movements. Furthermore, he presents one tenet of the new up-and-coming field of neurofinance. Neurofinance seeks to answer the question of how our brains interact with money. It explains why we act impulsively and emotionally with our finances by assuming humans are more irrational than rational.

Recent studies that tie neurology and finance together explain why the human mind is susceptible to irrationality. Rather than analyzing financial behavior in the context of psychology, researchers have taken a more scientific approach by monitoring activity within the brain about the driving forces when making investment decisions. Examining how we process and respond to financial information gives insight into how investors can improve their decision-making.

Before delving into neurofinance, it is important to be comfortable with basic brain structure and function. American neuroscientist Paul MacLean’s concept of the triune brain does just that. Formulated in the 1960s, MacLean divides our brain’s gray matter into three sections. These sections are the reptilian, the old mammalian, and the new mammalian brains. The reptilian brain is responsible for life-dependent functions such as breathing and heartbeat. However, the old and new mammalian brains house our emotional and rational centers, respectively. The interconnectedness of these two sections of the triune brain is what neuroscientists and behavioral economists focus on.

On March 6, 2009, the Dow Jones Industrial Average had fallen to its lowest point during the Financial Crisis. It was valued at only 54% of its previous highs just two years prior. Panicked investors rapidly sold their stocks and flocked to safe bonds more than ever before. Investors selling and erasing nearly $7 trillion of their wealth over the course of those two years is a near-perfect example of loss aversion. Loss aversion is the preference to avoid losses than acquiring the same amount of gains. Furthermore, an overreaction of the brain’s emotional center during times of uncertainty is primarily responsible for the tendency for investors to resort to loss aversion. It makes sense that we, as humans, tend to preserve our current status rather than risk losing it by attempting to improve it.

Loss Aversion and the Brain

Professor Baba Shiv of Stanford University conducted a research study that explored the relationship between brain science and loss aversion. Titled “Lessons from the Brain-Damaged Investor,” 41 participants were each given $20 ahead of a 20-round investment game. During each round, the participants were asked whether or not they wanted to risk one dollar on a coin toss. While those who denied doing so kept their money, those who agreed to take part in the round would either receive $2.50 if they won the coin toss or forfeit the original dollar if they lost.

There are two kickers. First, statistically speaking, the expected value of playing each round is $1.25, making it a logical choice to participate in each round. Secondly, fifteen of the participants had suffered brain damage to the amygdala. This is part of the old mammalian brain and responsible for our fight-or-flight response.

The results of this experiment were fascinating. The 26 other participants that had not suffered brain damage to the amygdala invested in only 58% of the rounds, leaving an average total of $22.80 earned. However, those with brain damage performed much better — participating 84% of the time and walking away with an average of $25.70. We can attribute the weaker performance of the normal participants to their negative reaction to losing a coin toss in a given round.

When monitoring brain activity using an electroencephalogram (EEG), it became evident that the emotional region of the brain was stimulated. By triggering the emotional center of the brain to kick in, they became much more scared to “invest” and forced themselves to a more loss-averse position. The fifteen participants with damage to their amygdalas did better because they relied on their brains’ rational centers to adhere to the idea of a net positive expected value.

The Role of Dopamine

Though we try our best to avoid losing money, our brains are also wired to chase the prospect of gains. Investors engaged in this behavior during the rapid growth of the dot-com bubble in the 1990s. The feelings of pleasure associated with potentially large financial gains are analogous to that of satisfying a drug addiction. One of Dr. Shiv’s colleagues, Brian Knutson, investigated the brain’s response to the concept of chasing asset bubbles. He discovered that the nucleus accumbens (NAcc) — located near the hypothalamus — is stimulated when experiencing the feeling of making money. Interestingly enough, the NAcc also plays a key role when using recreational drugs. In both scenarios, dopamine is dumped into the nucleus accumbens, which elicits a feeling of pleasure and satiation. 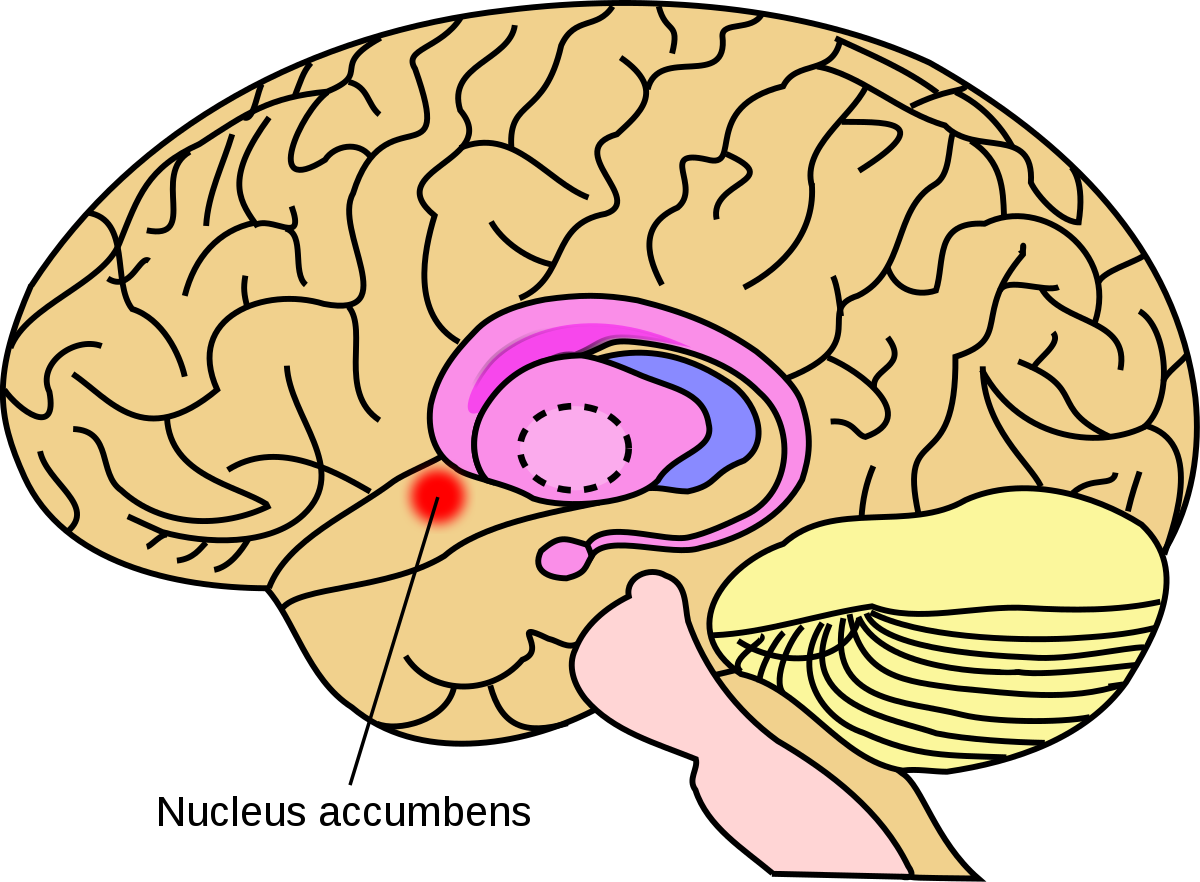 Read Montague, a neuroscience researcher from Baylor University, has analyzed how the brain responds to investing during financial bubbles. In one of his studies, subjects were given $100 to invest in markets that replicated the exponential growth patterns of the Dow in 1929 and NASDAQ in 1999. Montague observed that dopamine neurons within the subjects’ brains were firing at an abnormal rate, and subsequently stimulating the NAcc.

As the participants watched their portfolio grow at such a rapid rate, each of their emotional centers of the brain attempted rationalizing the decision to hold onto their investments rather than taking profits. By the end of the experiment, subjects lost up to 75% of their original investments.

Even with hindsight, it is illuminating to see how they repeated the same mistake as investors. Although the growth seemed too good to be true, the pleasure associated with these types of gains motivated participants to see whether or not the sky was the limit. If one of the participants considered the precedent of asset bubbles in their new mammalian brain, they could have avoided losing a significant portion of their money before the market dumped.

The emerging field of neurofinance demonstrates how the emotional and rational centers of our brain are so tightly knit. Although we discipline ourselves to try to act rationally, our human tendencies can inevitably affect us one way or another. The biggest takeaway is to remember not to transform investment decisions into ones fueled by panic. Trying to identify patterns, chasing unrealistic growth, and resorting to loss aversion are unwise strategies that could turn your investment experience into a dangerous game. 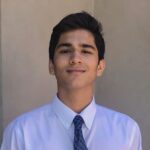 I write about neurofinance and investment behavior. I am a freshman at USC.

What I Learned From My Time at the SEC