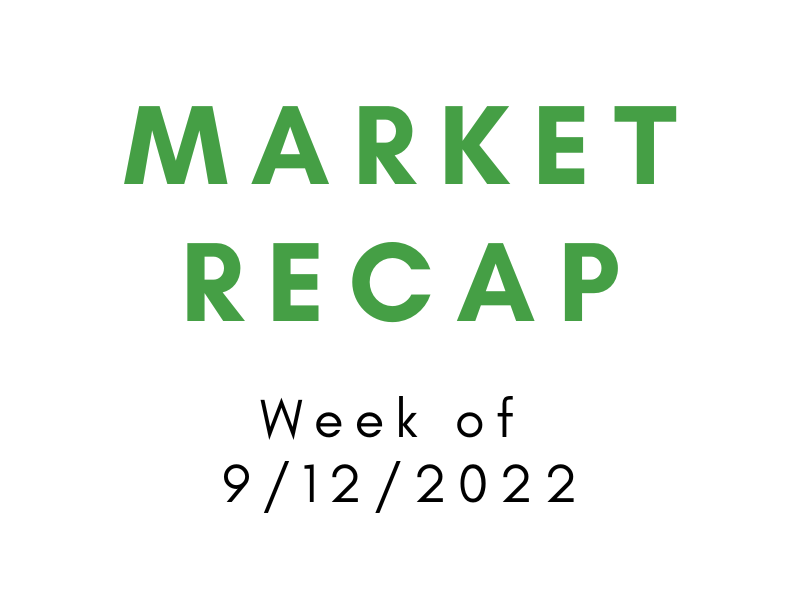 1. Inflation Shooting the Market in the Foot

Recent inflation reports caused a sharp pullback in the markets this week, as all major indexes fell significantly. This marks a decline in 4 of the past 5 trading weeks, disappointing many investors who believed that the bear market might be over. With another Fed rate hike on the horizon, investors looked to the Consumer Price Index (CPI) to see inflation slowing. Unfortunately, all they saw was more statistics. These negative metrics, written in red like the ink of your teacher’s pen when grading a test, signal only further problems for investors.

The report showed no key drivers of inflation were slowing down, signaling no short-term conclusion of this nationwide problem. The NASDAQ fell 5.5% on the week, the S&P 500 slid 4.3%, and the Dow Jones didn’t fare much better at a negative 3.9% mark. With inflation continuing to rise, analysts are already predicting sub-par earnings next quarter. Amidst all these bleak statistics, there is a small glimmer of hope for investors. Retail earnings showed a small rise this month, surprising some investors as they expected sales to decline with rising prices.

2. How to Protect Against the Worst

As many economists predict a recession heading into 2023, investors want to know how to best protect themselves against major losses. Not only would a recession cause investors’ portfolios to lose value, but the downturn could also cause investors to lose their jobs. Individuals in the Federal Reserve even recognize this worst-case scenario, stating that it could happen with extreme rate hikes.

To protect yourself most effectively, investors suggest diversifying your income sources. Having more than just your primary occupation producing income is the best way to safeguard your future prosperity. Additionally, analysts suggest not investing with emotion. Instead of panic selling their worst-performing stocks, individuals should hold their investments through the storm and reap the profits after the recession is over.

A New York Times study showed that a fifth of Congress made trades in the last three years in industries that could be directly impacted by their work. 97 lawmakers were involved in possible insider trading which has brought to light greater issues of this issue. Insider trading is illegal for lawmakers, just like any other citizen, but these congressmen and women are privy to extremely sensitive information.

This often creates ethical dilemmas over information learned in private briefings and meetings with sponsors, making the line between harmless buying and selling and insider trading razor-thin. Some individuals are now advocating for these lawmakers to place their assets in a blind trust, where they don’t have any power over the allocation of their funds. Though extreme, this would ensure no insider trading occurred.

Rising inflation once again caused the market to drop significantly. Fearing a recession, analysts suggest the best course of action is to diversify your income sources. The market is never certain, unless you trade on illegal information, known as insider trading.