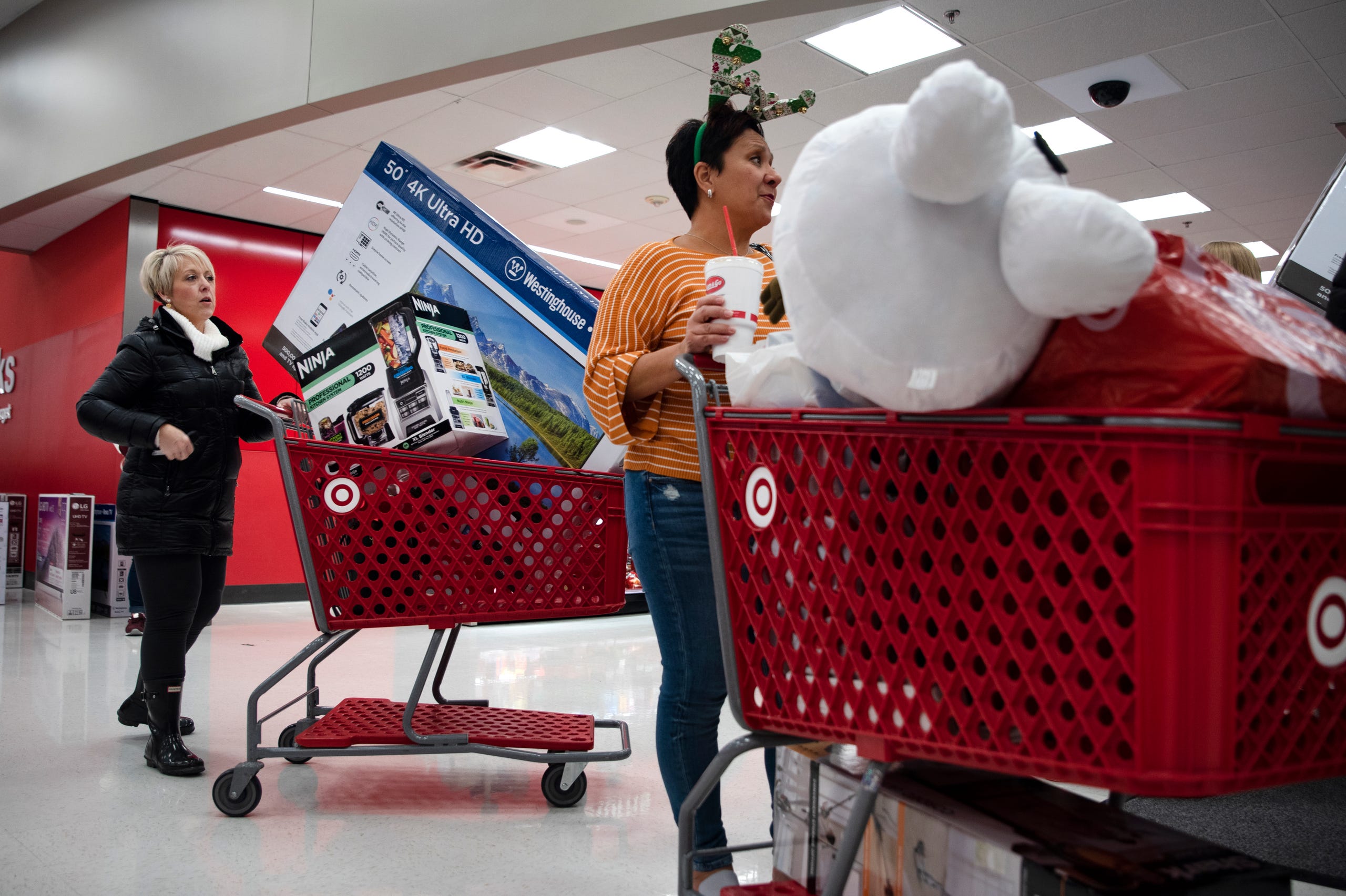 As the holiday season approaches, many people turn to spend time with family and spread the spirit of giving. However, another behemoth force lurks beneath the surface of holiday cheer: the holiday shopping season.

Traditionally, the holiday shopping season lasts from early November to mid-December. It is headlined by Black Friday, which falls on the day after Thanksgiving. Black Friday is one of the most famous days in America, and for good reason.

Over the last 100 years, Black Friday has evolved to headline the holiday shopping season with the best deals of the year on consumer goods — for those willing to brave the lines and barbarity of frantic holiday shoppers. But how has Black Friday become the informal holiday it is known as today?

Holiday Shopping in the United States

Before we begin covering Black Friday, there are some important holiday shopping statistics to know in order to understand the magnitude of this time period in the economy. Over this time period, consumer spending is projected to reach up to $727.9 billion and $730.7 billion in 2019. This remarkable level of spending will comprise approximately 20% of retail sales for the entire year, in just the course of 1-2 months. In fact, this part of the year alone creates 500-600 thousand temporary jobs, an astonishing number of short term labor. These statistics demonstrate the massive boost to the economy that the holiday shopping season brings. It’s in the best interest of the government and businesses alike to facilitate the shopping season.

The modern incarnation of Black Friday has its roots in the informal agreement made by retailers to only offer deals for the holiday shopping season following Thanksgiving. This agreement became a tradition among department stores in the early 1900s when stores such as Macy’s would use their Thanksgiving Day Parade as an advertisement for the upcoming holiday shopping season.

It was not until the Great Depression in 1939 that retailers would express concern over this informal agreement, as it made them at risk of bankruptcy. During 1939, Thanksgiving happened to fall on the fifth week of November. This severely shortened the holiday shopping season and threatened the financial security of many retailers. They advocated moving Thanksgiving from the fifth week of November to the fourth week. They did this in order to extend the shopping season. Doing everything in his power to revive the economy, President Franklin D. Roosevelt made this change to the holiday. However, it was not until 1941 that Congress made this verdict official.

With this change, retailers would begin to offer their traditional holiday shopping deals on the day known as “Black Friday” before it was known as such. In a few decades, the phrase “Black Friday” in association with the holiday shopping season is thought to have originated in 1961 in Philadelphia, Pennsylvania, when a large number of holiday discounts in the city drew massive crowds and traffic jams. The term was coined by policemen to describe the chaos in the streets caused by holiday shoppers. This term to describe the retailer discounts on the day after Thanksgiving began to slowly spread across the country and has now been accepted into society as the day where retailers go into the black, or become profitable, after operating at a loss for the year.

The tradition of Black Friday shopping is a fascinating aspect of American society. Some view it to represent the opposite morals of the holidays that surround it. But, there is no denying Black Friday’s beneficial impact on the economy. In the end, the holidays are meant to bring families closer and spread the spirit of giving. One can argue that racing to get huge discounts on consumer goods with your family members is the epitome of the holiday season.

All data from nrf.com