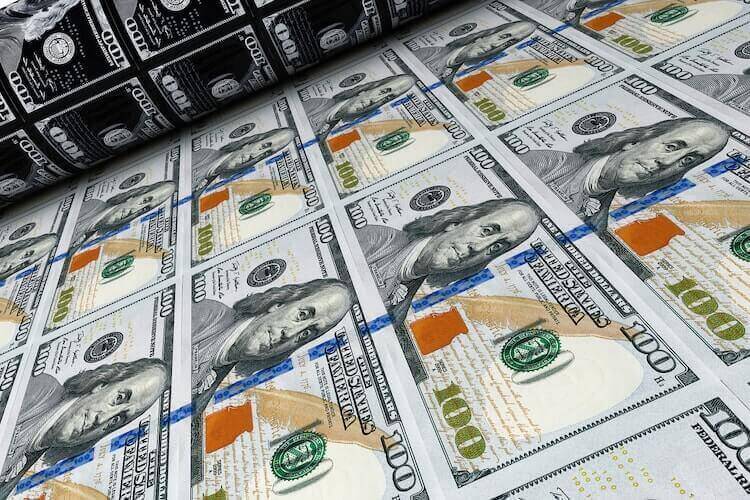 In the mid-to-late 20th century, economists predicted that nascent economic theories would mean the death of major recessions and depressions. Governments could preemptively adjust their fiscal and monetary policy to soften or largely prevent the effects of the business cycle, which before was so capricious and severe.

This prediction has proven false. Decade after decade, the U.S. was hit with recession after recession, boom-and-bust after boom-and-bust. While each downturn — the early 1980s recession, dot-com bubble, the Great Recession — had its own causes, they each gave proof of the failure of policy to completely prevent recessions. And from this proof, new ideas started to emerge. One of them is Modern Monetary Theory (MMT).

The Basics of MMT

First, I should say MMT is not accepted by mainstream economics. I also do not intend this article to support the efficacy of theory. Rather, I think it’s an interesting idea which we should all be familiar with. The theory boils down to the idea that a state completely controls fiat currency and can issue as much of it as the state sees fit. Instead of financing government spending with bonds and taxes, which is the policy in most countries today, governments should spend whatever money they need to stimulate the economy and just print money to cover the debt (with which notable economists agree).

This should raise a very alarming question: Wouldn’t inflation rise uncontrollably? And in short, it would, but the government can, or should, deal with it. Too much money with too few goods causes the price to rise, which we call demand-pull inflation. This inflation should be reduced through taxes. In a way, this makes it similar to monetary policy and traditional fiscal policy, where stimulus policies will always have to be balanced out with policies that slow economic growth.

So what’s really the difference between MMT and Friedman’s Monetarism? Monetarism is an economic theory that arose in the 1980s. The fundamental tenet of monetarism is that the amount of money in the economy can affect the interest rates and thus the economy. The central bank, through actions that reverberate through banks and financial markets, should also mostly control the amount of money. And under the auspices of this policy, the Federal Reserve has undertaken the responsibility of selling bonds and raising money.

These differences mean that MMT has several benefits over traditional monetarism. Government spending can be effectuated without having to issue bonds or taxes, which both remove money from the economy. Additionally, there is no limit to the amount that the government spends in an economic crisis. These differences really boil down to the fact that government policy can be enacted more quickly, extremely, and independently. This is why MMT has become more popular among the left. Recent supporters include the likes of Bernie Sanders and Alexandria Ocasio-Cortez.

However, as I noted earlier, this policy has yet to receive the backing of most economists. Nobel Prize–winner Paul Krugman disagrees with the central claim of the effectiveness of linking monetary policy and fiscal policy, reducing two policy tools to one. Jerome Powell, Chair of the Federal Reserve Board, as well as other critics, are concerned that the easy spending and printing will be uncontrollable once they have started. Additionally, he favors keeping the focus of monetary policy on keeping inflation low and employment stable.

Part of the criticisms, as brought up by Krugman, is that the theory is still like Calvinball. Krugman writes, “every time you think you’ve pinned them down on some proposition, they insist that you haven’t grasped their meaning.” This is likely a result of the theory being developed, where the theory and precepts are still being tested and solidified.

In short, MMT is still a far way away from having the support needed to be put in effect. However, it still might be worth it to be familiar with. The idea is definitely gaining steam with politicians who are slowly making their way to the mainstream.

If our politics continues to grow more polarized and if politicians, on both the left and right, continue to grow distrustful of classical economics, the day for MMT to be tested might be soon.