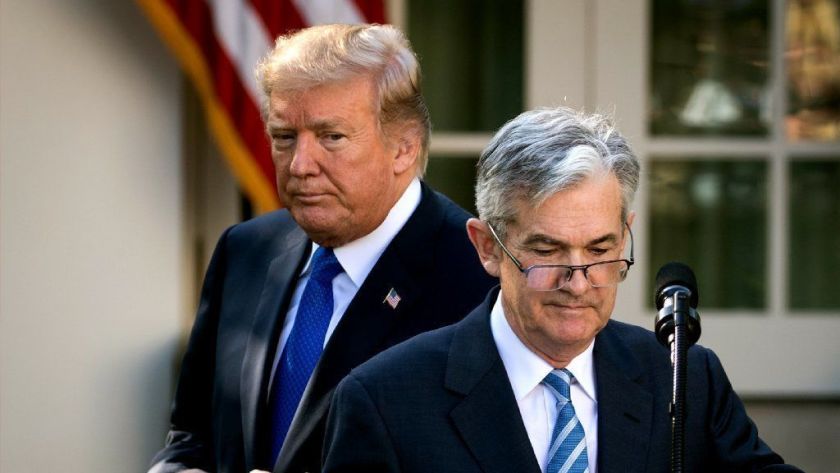 Amidst ongoing trade tensions and a slowing global economy, the Federal Reserve has just lowered the federal funds rate by 25 basis points (0.25%). The last cut of the federal funds rate was in 2008, as the financial crisis was unwinding. However, the United States is in no financial crisis as there is solid job growth, healthy inflation, and increased consumer confidence. While trade tensions have certainly hurt the economy, are their effects significant enough to warrant such a significant move? What is the effect of such cuts? History may reveal the fate of the economy in the upcoming year.

Now, the way in which the federal funds rate is actually changed is through a series of open market operations and Federal Reserve actions.

The Federal Open Market Committee (FOMC), comprised of 12 Federal Reserve Board of Governors and Bank presidents, determines what should happen to this rate. This committee meets eight times annually to determine rates.

It has been more than a decade of expansion in the economy. Stock market indexes are at all-time highs and unemployment rates are at all-time lows. Indicators of economic health, from consumer sentiment to durable goods orders, remain at stable levels.

Yet the trade war with China has significantly hampered global economic growth. With rising tariffs from the Trump administration on Chinese exports destined for the United States, a host of economic problems have arisen. From slowing GDP growth to sustained Chinese Yuan depreciation, it seems that the United States economy will continue to hurt. And it seems that the Trump administration has no plans of finding common ground with the Chinese government in Beijing.

The trade war is essentially the Fed’s justification for a rate cut now. Rather than waiting until it is too late, the committee sees rough seas ahead. By cutting rates, they hope to prevent any future economic issues. China is the United States’ main trading partner, so much of the economy is predicated on a good relationship with the country. If this does not come to fruition, then the Federal Reserve has already taken precautionary measures.

But in their press release, the FOMC was clearly eyeing continued expansion of the economy: “As the Committee contemplates the future path of the target range for the federal funds rate, it will continue to monitor the implications of incoming information for the economic outlook and will act as appropriate to sustain the expansion.” This is dangerous thinking. Sustaining an economy that has continued to grow without significant corrections for over a decade may end up being reckless.

What History Tells Us

Looking at the past two decades, a rate cut in an overbought economy has led to disaster twice. In 2000, amidst the dot-com bubble’s burst, the Federal Reserve cut rates. In 1998, the Fed cuts rates to deal with a global economic crisis, which then led to the bubble that burst in 2000. During 2008, the Fed cut rates at the very top of the stock market climb, and the market eventually cascaded down into one of the worst financial crises in United States history.

If history tells us anything, it is that investors should regard the recent rate with caution. It seems that central bankers have their eyes set on continuing an already extraordinary expansion, and the recent rate cut could fuel a bubble that could easily burst.

However, a successive rate cut after the next FOMC meeting could prove to escalate another issue: spooking investors and consumers. Another rate cut would signal a truly weak economy, leading many to park their investments in safer assets, such as gold and Treasury notes. It would also lead many consumers to stop making significant purchases, especially in real estate. Looking back in the history of the economy, there is a risk of a loss of faith in the financial markets, especially in such unstable times as now.

While the Federal Reserve is taking a wait-and-see approach, investors should proceed with precaution regarding the recent rate cut. If a continued series of rate cuts occur, investors may be spooked, leading to a massive sell-off. Or, continued rate cuts could lead to a bubble, which will inevitably burst like it did in 2000 and 2008. The economic growth for the past decade has been tremendous, but if history tells us anything, then the Federal Reserve should be careful.