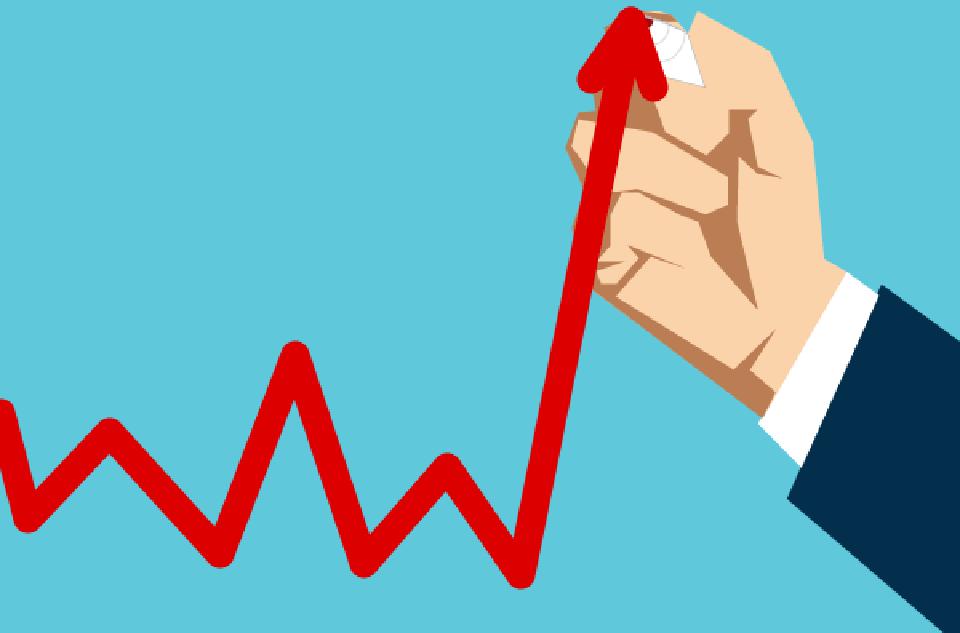 Experts, including industry leaders like Warren Buffet, studying the economy over the last 12 months have seen a variety of odd behaviors from the market, from its meteoric rise through the difficulties of the pandemic to the market’s reaction to the presidential election. One of the most important developments over the last 3 months has been the effect of stimulus checks on the inflation rate within the U.S. “We are seeing very substantial inflation,” Buffet warned in early May, “People are raising prices… and it’s being accepted.” Long-story-short, it’s not good.

As reported by CNN, a report from the US Bureau of Labor Statistics proves that inflation rates have been steadily increasing over the last 4 months. The only question is how much of an effect stimulus checks (aka “stimmies” for those on Wall Street Bets) are having on the economy. The US Producer Price Index (PPI), a measure of sale prices for everyday goods and services, increased by a steep 1% in March alone, topping the February increase.

How Long Will This Inflation Spike Last?

There is evidence to support both inflation sticking around for a while and inflation being a temporary effect of the stimulus checks.

There are several methods of examining the rates of inflation within the US, and the PPI is just one of the three big ones. The other two are the Consumer Price Index (CPI), and the Fed’s personal favorite, the Personal Consumption Expenditures Price Index (PCE). The data from the CPI came out a few weeks ago, and was met with disappointment, as it rose by 0.6%, 20% more than the expected amount. Michael Pearce, an economist at Capital Economics, indicated that this report “is the clearest indication so far of… mounting inflation”.

On the other hand, there are those who are in support of the idea that this spike in inflation is merely a temporary effect of revitalizing the economy through stimulus checks. The CEO of BNY Mellon Wealth Management, Catherine Keating, disregarded the idea that these inflation rates were here to stay and pointed at two factors that would help lower the curve: an aging population and rising debt.

It’s no secret that aging populations within developed countries tend to have inflationary economics. This is merely because an aging population means less collective buying power, as there are more people above the age of retirement, meaning they make less money than a comparatively younger population. There are also many people in large amounts of debt due to higher college tuition rates and the loss of thousands of jobs. These developments will force people to save more money in the future, as more of their money is being directed elsewhere, effectively reducing the amount of money that will be spent over the next few years.

Historical Causes and Effects of Inflation

There are several historical explanations for rising inflation rates, the most common being an increase in the general money supply around the country. There are also two different types of inflation, the most common being demand-pull inflation, and the lesser known cost-push inflation. Demand-pull inflation is most commonly caused by over-expansion of the money supply and significant advancements in technology, both of which cause more people to buy items, pushing up prices. Cost-push inflation, on the other hand, is most commonly caused by supply shortages, which can be put into place via government regulation, tariffs, and lowered exchange rates, forcing suppliers and sellers to hike up prices on their products.

One of the oldest examples of hyperinflation within the United States took place during the Revolutionary War, when the Continental Congress printed the “Continental” as a new form of currency. In an effort to show some semblance of sovereignty, the rebelling nation tried to encourage its citizens to show “faith and good intentions” with regards to the emerging American government. However, since it was not economically bound to any precious metals, and largely mass-printed, it experienced extreme levels of inflation, and was worthless by the end of the war effort.

What Can We Do Now?

All investors should keep a close eye on the inflation rates over the next 6 months, and try to study up on the indications of a major increase. Everyone else should expect a future where everything costs much more than previously, and prepare accordingly. The last year has been absolutely bizarre, and the next year will be no different. This could turn out to be a trivial issue, but if Warren Buffet himself is preparing for higher inflation rates, perhaps we should too.