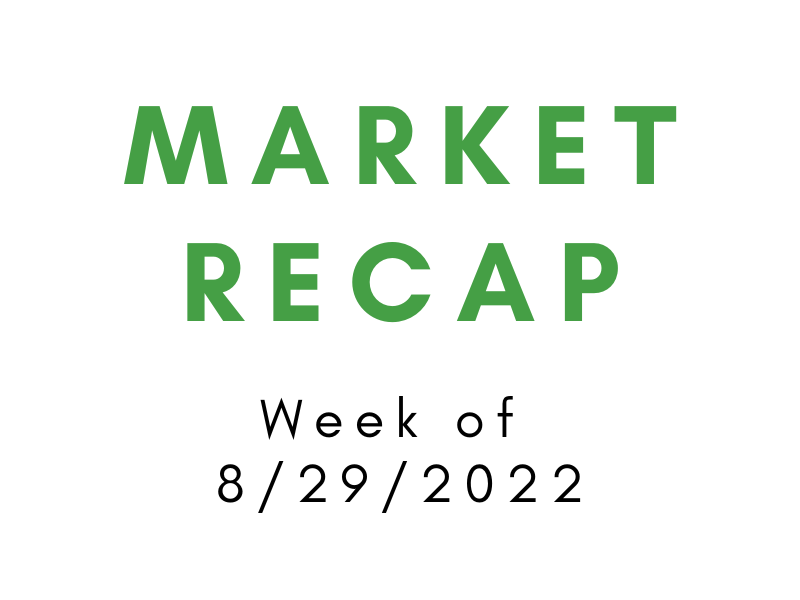 1. Oil Prices And The Market Down

The major U.S. indexes continued their downward trend this week as the S&P 500, Dow Jones, and NASDAQ all fell 3% to 4% this week. The NASDAQ has been the hardest hit in the last 3 weeks, down over 11% in that period. Thankfully, for investors bleeding money from their portfolios, there was at least one good sign of news in the labor market: though jobs weren’t produced at the same prolific rate as in prior months, growth was consistent and many news jobs were produced.

Yield rates rose to 3.2% on Friday, signaling that people were taking money out of the market and that inflation is still red-hot. As inflation has slowed down, albeit marginally, oil prices have regressed — fantastic news for those who travel by car.

Outside of the US, the US dollar continues to gain over its counterparts likely due to increases in interest rates making the dollar more competitive abroad. Just recently, the Japanese yen reached a 20-year low in relation to the dollar.

2. Looking Back at the Great Depression

With all the talk about recessions today, let’s take a look at a depression — the most extreme kind of recession. Around 93 years ago, the US market suffered one of the most infamous collapses ever. Known today as the Great Depression, many investors lost everything. Just after the “Roaring 20s,” a period of careless speculation ensued in the market. Investors were magnifying the market cap of nearly every stock on the market, and many individuals were buying into the hype with money they didn’t own. This type of investing, known as trading on margin, essentially means borrowing money to invest in the market hoping your potential returns would be greater than the interest rate at which you borrowed.

As the great saying goes, “what goes up must come down.” The stratospheric prices of stocks had to fall eventually, and when they did, they fell hard. Shares of stock were rendered worthless while people lost their homes and livelihoods. As the number of foreclosures surged, bread and soup lines became increasingly prevalent as the common consumer couldn’t afford the price of necessities. This depression didn’t only affect the US — its effects were felt throughout the world as the entire globe felt the repercussions of the economic collapse.

3. Jeremy Grantham and the Super Bubble

Jeremy Grantham, one of the most well-known investors on Wall Street, called the market a “super bubble.” Known for calling the dot-com bubble and predicting the 2008 housing crisis, many investors heed Grantham’s warnings, especially about potential market collapses. Describing the current market as a super-bubble, Grantham believes the prices are even more inflated than a normal bubble.

He outlines the stages of a super-bubble, and investors point out that it is eerily similar to the recent occurrences in the world. First off, the bubble forms as stocks soar. The second part of the bubble is the bear market phase, where some meaningful decline due to economic policy or global events occurs. This bear market sets the stage for the final drop. Considering the energy crisis caused by the Russian invasion of Ukraine, alongside the post-Covid economic recovery, Grantham’s prediction definitely has some merit.

The market continued to drop this week, to the dismay of bullish investors. Over 90 years ago, the Great Depression shocked the political and economic state of the world. Jeremy Grantham, a famous investor believes the market is in a super-bubble.